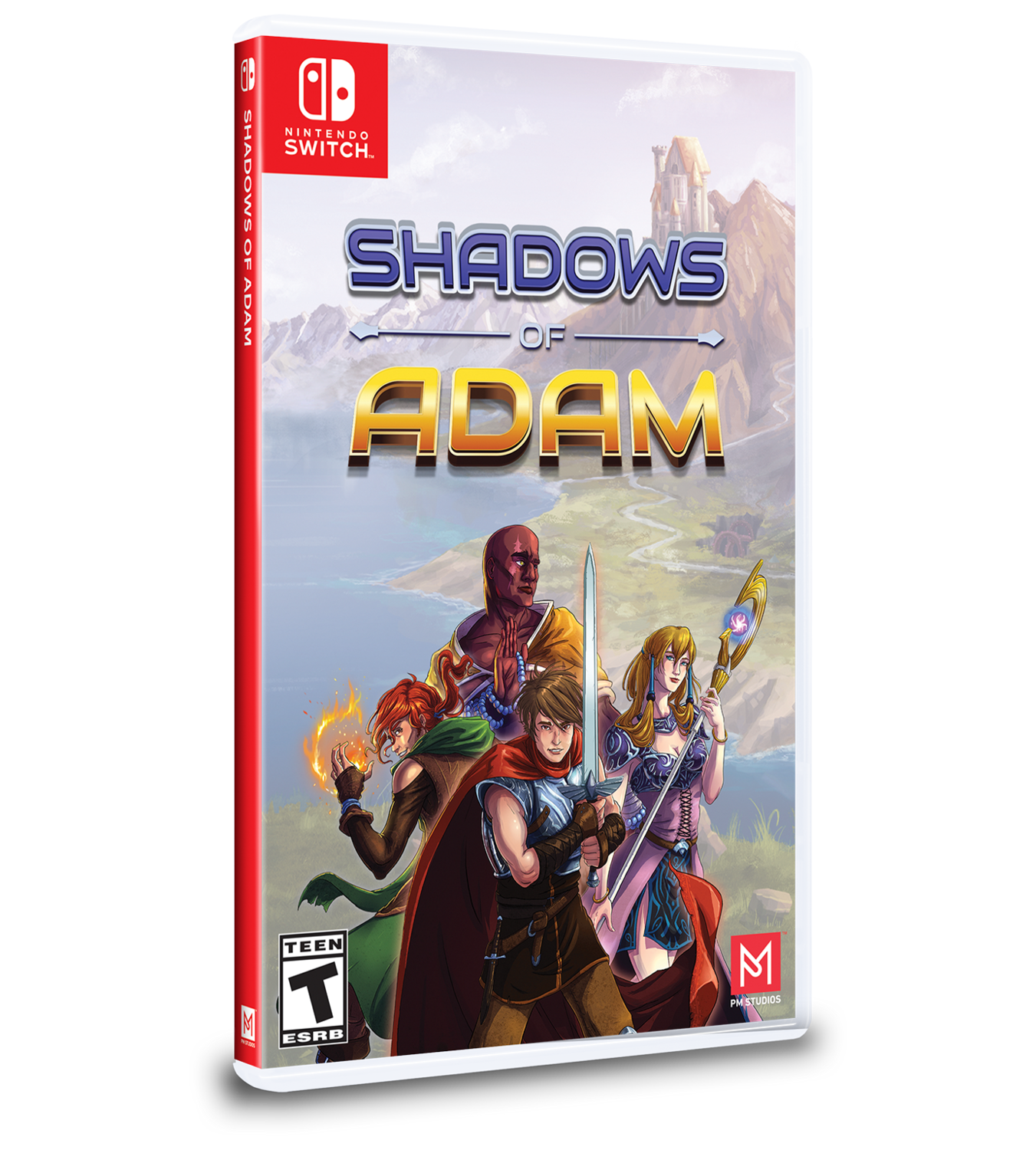 Shadows of Adam is a creative, humorous and exciting take on the 16-bit JRPG era, but with its own twists and style for the modern day gamer. Fast-paced battles, gorgeous graphics, an awesome soundtrack and the convenience to save anywhere you like make it tough to resist! Whether playing on the TV or in handheld mode, the game’s glorious pixels will immerse you in the adventure and its memorable scenes.

Tucked away from the outside world by the impenetrable haze of the Misty Woods, the village of Adam has mostly lived in peace since the days of the Wraith War. Magic, the dark power that fueled that war has vanished. But darkness is descending once more and Adam's legendary hero, Orazio, is no more.

10 years ago he left without explanation and never returned, leaving his son and adopted daughter to wrestle with the dark secret he left behind—a secret that must now be revealed if the children hope to save both Adam and their departed father, though its revelation could unhinge the world.