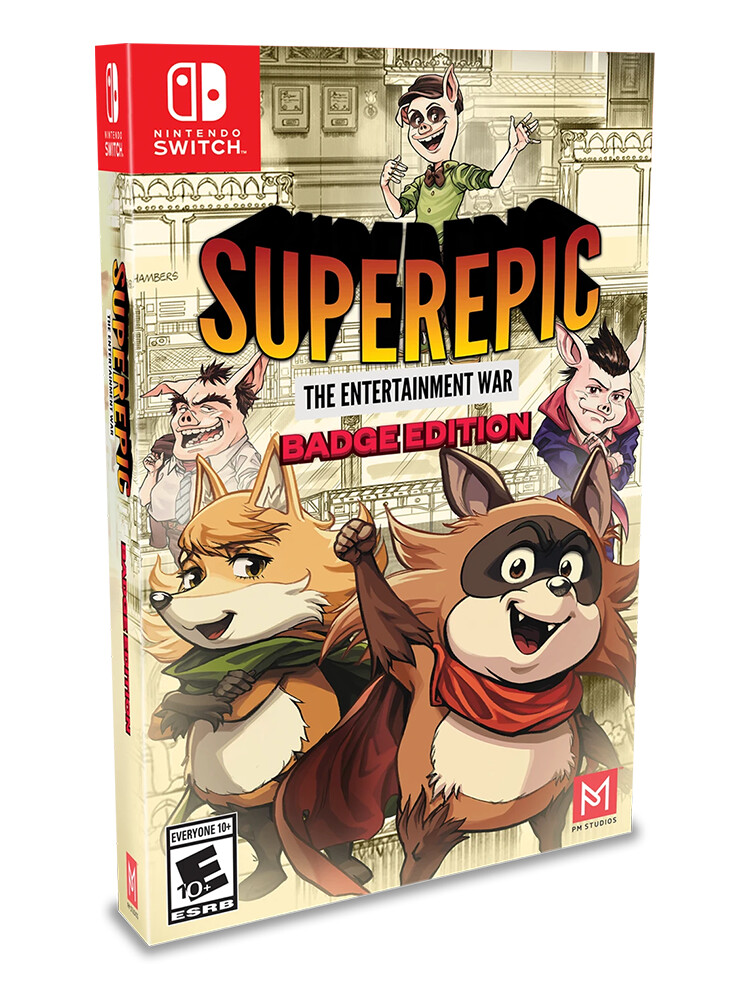 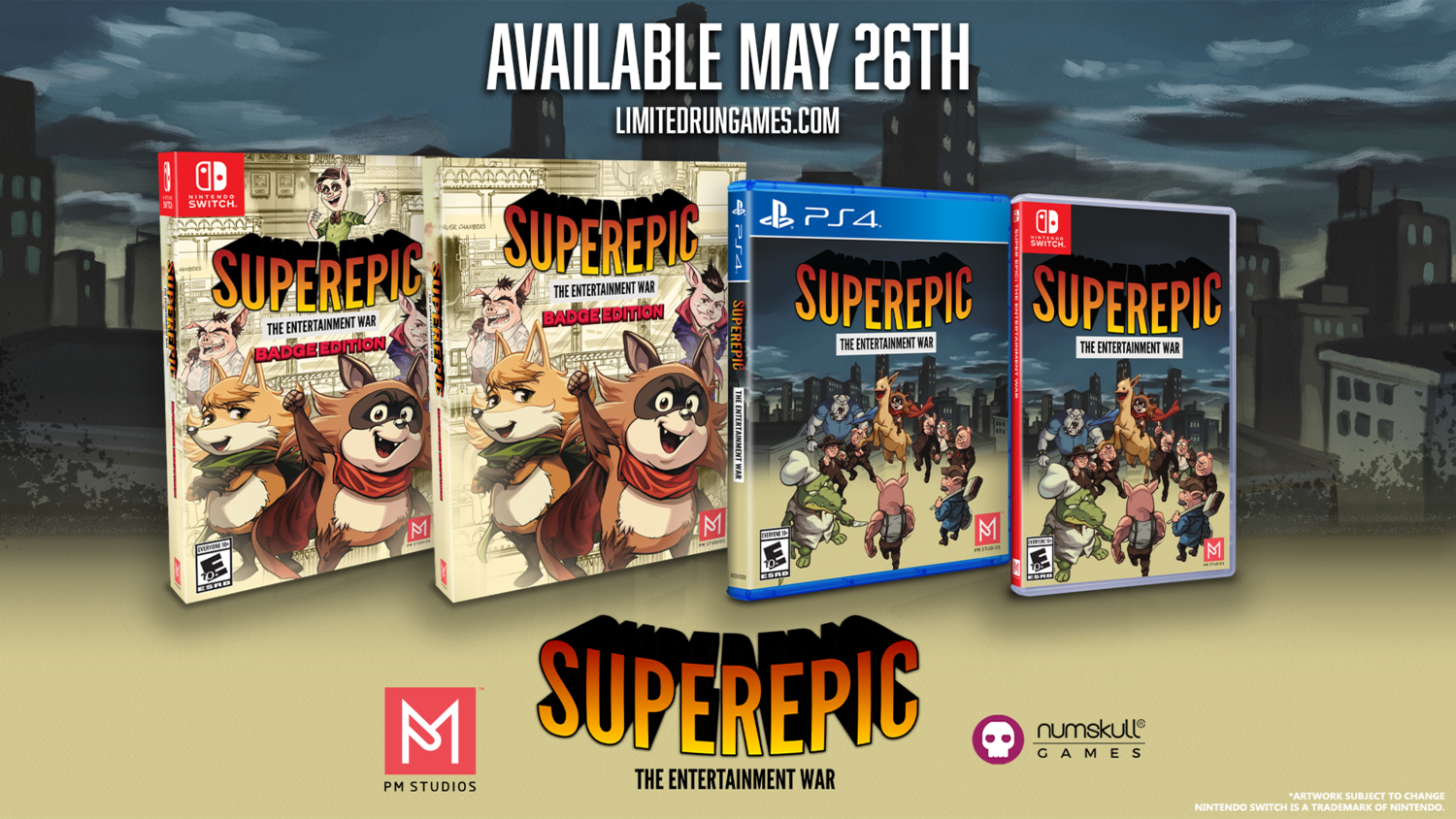 The SuperEpic: Badge Collector’s Edition includes a physical copy of the game for your chosen platform, as well as a collector’s display box featuring 6 high quality pin badges, based on characters from the hit indie game. Limited to 1900 copies on the Nintendo Switch and 900 copies on the PS4, this is sure to be a sought-after collector’s item! (Standard edition also available).

Taking the helm of a raccoon and a burger-eating llama, you embark on a quest to save video games as we know them by ramming into the headquarters of RegnantCorp – a video game development company that controls an Orwellian society by addicting citizens to their free games.

- Cross-media experience – hidden QR codes launch mini-games to play on your mobile when scanned, uncovering secrets in the main game

- 8 hours of gameplay – a first run on the story mode will take roughly 8 hours, but the procedural mode provides endless fun

- Micro-transaction satire – satirises modern gaming practices, with a huge enterprise run by greedy business-pigs which has gradually replaced all the fun in video games with adaptative and addictive algorithms to control people’s minds

- Latest patch on disc/cartridge – the latest update, which includes improvements to the map system, are included on the physical versions for collectors and preservationists

- ‘SuperEpic is a lot of fun to play’ – Nintendo Life

PLEASE NOTE: All sales are considered final. No cancellations or returns will be accepted.

Check the URL below for details:

Save this product for later
Store