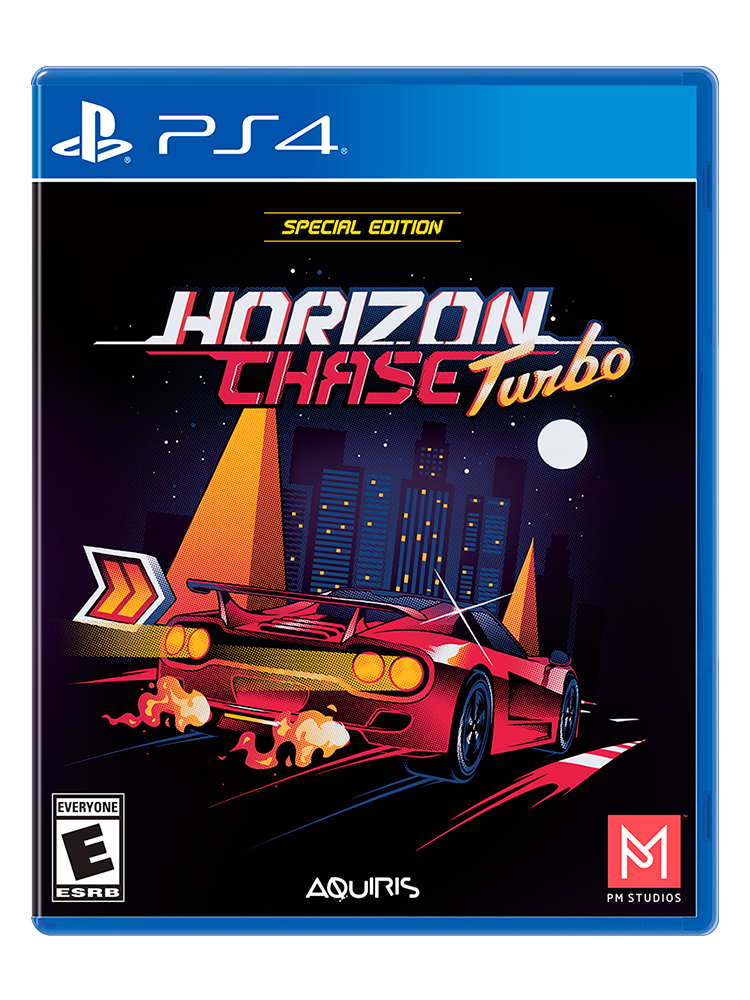 Featuring a fresh, stylized take on old-school 16-bit visuals, 4-person local multiplayer, over 100 tracks spread across dozens of locations, and a thumping soundtrack from industry legend Barry Leitch, Horizon Chase Turbo is ready to take you for a ride!

A TRIBUTE TO CLASSIC ARCADE RACERS
Horizon Chase Turbo is a racing game inspired by the great hits of the 80's and 90's: Out Run, Top Gear, Rush, among others. It recreates classic arcade gameplay and offers you unbound speed limits of fun.

COUCH MULTIPLAYER IS BACK
Horizon Chase Turbo offers a Multiplayer Split Screen mode that rescues the nostalgia of playing with your best friends sitting on a couch all night long.

16-BIT GRAPHICS REINVENTED
Horizon Chase Turbo is inspired in the past without letting go of its contemporaneity. You'll pilot your car through extraordinary places, watching the sun setting, facing rain, snow, volcanic ashes and even severe sandstorms.